Lightning Box Games have been producing slot games for over a decade, during which time they have built up a solid following and are now widely considered as a key player in both online and offline casinos gaming. The Australian firm–based in Sydney–licenses their software all over the globe, building a presence across America, Asia and Europe. They have strong confidence in their slot games, saying that the combination of stunning visuals, audio and creative intuition all but guarantee the success of their titles. Read our full review below.

The whole enterprise is built around developing games for gambling entertainment. Knowing what their customers want is paramount to Lightning Box’s winning formula and is perhaps what makes them such a sought-after brand by casinos all over the world, whether land and Internet based. This customer targeted approach has led to their slot games being firm favorites with players and providers alike. Lightning Box adheres to the most comprehensive safety guidelines in existence, ensuring customers’ data is protected and secure. They also adhere to any responsible gaming regulations.

An unusual fact about them is that they were formed by experienced mathematicians, which has helped them to provide algorithms of some very popular titles. Leading with this kind of expertise is another reason the Ozzie firm has quickly established itself as an authority in the industry. Games like Aristocrat and IGT are two classics that use Lightning Box algorithms in their gameplay. They may be super confident in their ability to provide top class slot games, but in reality its hard to argue. From off the wall offerings like Astrocat to stylish takes on classic themes such as in Diamond Tower, Lightening Box have built a reputation for original—even unusual—themes and intriguing graphics. Any gamer worth his salt can spot a Lightning Box game at first glance. 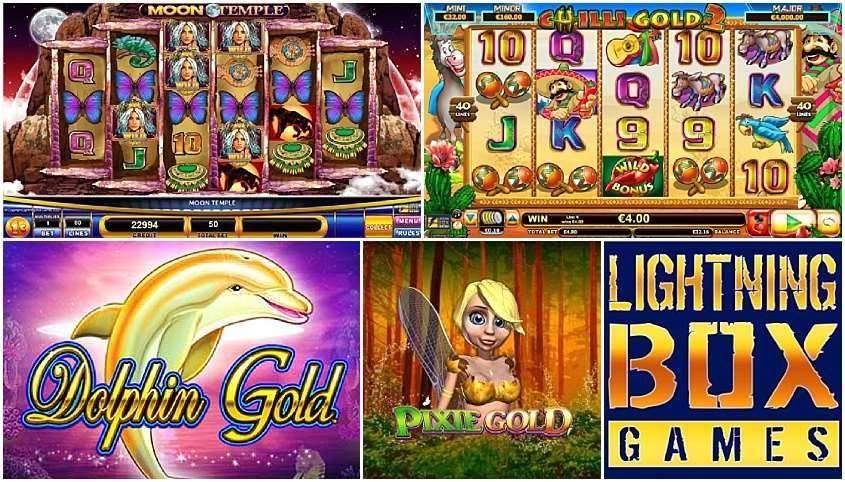 Original themes, enduring graphics and lively soundtracks make Lightening Box games particularly engaging. Many other companies rely on tried and tested themes for their slot titles, but Lightening Box really does think out of the box when coming up with each game. Take Astro Cat: a space traveling Maneki Neko who goes on a cosmic adventure through ancient Asia and outer space–original to say the least! With their dedicated approach to slot gaming, Lightening Box has every aspect of the process sown up, from the user experience to the bonus systems. They are a company that build games for the gamers, which is why they have so many popular titles already. They also target particular zones with levels of gaming to ensure success in emerging markets and give something to those already established.

Lightening Box produces slots-based titles for all levels of gamer. Their particularly thorough approach means their titles work on multiple levels, with engaging gameplay, intuitive user interfaces and progressive jackpot systems. There are themes galore, with graphics and sounds that make for a unique gaming experience with any of their titles. A big player in the industry, watch out for more classic titles from this exciting developer.